Monday again...so soon?!
This Monday was a little special because we had an EARTHQUAKE during math.  Just a small one, but all the same, it spiced things up.

This week I read:

I'm a big Avi fan, and I always delve into his books with very high hopes.  This tale focuses on a young, fictional girl, Sophia Calderwood, finding her way during the Revolutionary War.  Her family is doing their part to feign loyalty to the king, while secretly their son is fighting in the rebel army.  When the Calderwood's must house a charming British soldier, Sophia finds herself taken with him.  We follow Sophia through rejection, loss, and ultimately her decision to seek justice and revenge for her country.  With true historial figures and war events included, this book would make a wonderful supplement to a study on the Revolution.  I dream that all history teachers include a variety of trade book titles related to their given periods of history/events in history, and for those teachers this book can be added to that stockpile.  A warning though:  This book might bore readers without a rather solid understanding of the time.  At points the book reads slightly textbookish.  The romance and pining for the man Sophia can't have might also bore some readers.  My other major worry is that the uncovering of Benedict Arnold's traitorous plan is laid out with many true facts in place...except for the major twist, which is that a young girl was behind his demise. 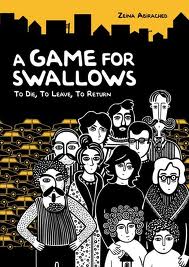 A Game for Swallows: To Die, to Leave, to Return by Zeina Abirached
French Voices, 2012
Memoir, Graphic Novel
192 pages
Recommended for grades 7+

One girl's retelling of a scary night in war torn East Beruit, Lebanon, in 1984.  When Zeina's parents don't come home when they are supposed to, she and her brother fear the worst.  Neighbors from their building begin trickling down to join the children in their apartment, as they listen to the bombing and firing rage through the city.  We see how families are not only made from flesh and blood, and how through tragedy there is great hope of survival.  Zeina was inspired to write about her experience after seeing her grandmother quoted on a documentary on the war.  She felt it was time to share what she remembered.  Reads nicely. 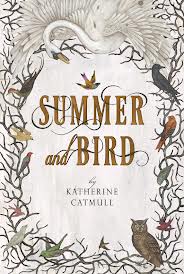 Have a wonderful reading week!
I'd love to hear what you're enjoying!