It's Monday! What Are You Reading?

Books I Read in the Past Two Weeks: 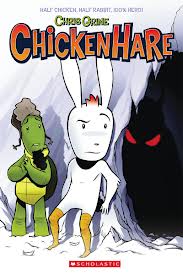 Two buds, a bearded turtle named Abe and a chickenhare named Chickenhare, are captured and sold to Mr. Klaus-a deranged taxidermist.  Mr. Klaus was scarred after his beloved goat, Mr. Buttons, ran away from him.  So now Mr. Klaus wants all his precious pets to be stuffed so they can never leave him.  This is bad news for Chickenhare and Abe.  Once locked up in a tower the pair meet two more unusual creatures, Banjo and Meg.  Together the four plot their escape.  When the ghost of Mr. Buttons joins the plot to seek revenge on Mr. Klaus, things get a little violent and iffy.  The end of the books is left wide open for a series to follow. 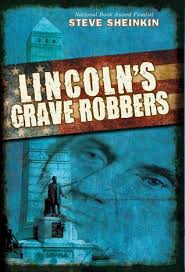 Ok, so maybe Sheinkin shouldn't have lead with Bomb!...it's a hard act to follow.  But that's not to say Lincoln's Grave Robbers isn't a stand-out read, because it is!
This nonfiction narrative begins by providing great background into America's history of counterfeiters  people that threatened to collapse the economy by infiltrating this fake currency.  Key players are introduced, relationships are established, and soon we are following a group of men in a plan to rob and leverage a beloved presidents remains in order to spring a man from prison.  I love history and was fascinated to learn of how and why the secret service was born, and found the description of the night of the grave robbing to be vividly described.
I'm so glad for all readers, young and old, that Steve Sheinkin has stepped away from textbook writing and begun adding some of the most well written historical nonfiction that I've read in...ever!
(Also, the layout of the book is highly appealing.  Nice white space, liked the font and size.) 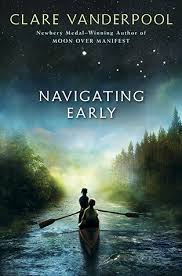 I loved this beautiful tale set during WWII in the Maine wilderness.  Jack is sent to a boarding school in Maine after his mother's death.  Neither Jack nor his father know quite what to make of life without Jack's mother, and distancing themselves from it seems easier than facing it at first.  While at school Jack befriends Early.  Early has an amazing mathematical mind, and is revealed in the author's note to represent an autistic savant, though during the era Early would not have been labeled as such.  Early has wounds of his own, though deals with them in a far different way than Jack.  Early's brother went missing during the war while he was fighting in France.  Early has faith that his brother is alive but lost, and he intends to find him.  Readers do not know if Early is simply desperately hoping that his brother is still alive, or if Early knows something that others do not.
During a school break Early and Jack find themselves alone at the school and take advantage of this to set out on a quest.  A quest with many facets, more than they even know as they depart.  The two boys heal each other, themselves, and those they cross paths with.  Every single page of this book is crafted with beauty and care.  As someone that reads and reviews hundreds of children's and middle grade novels, I read a wide variety of writing styles.  Not all books we give kids should be this heavy, not all should be this beautiful.  We can't expect kids to appreciate what we adults appreciate in their books, because we are reading them not as our children selves, but as our experienced adult selves.  Kids need books for fun and for leisure   But my goodness, they also need books of beauty like this!  And it just might be that for some kids they can't navigate a text like this alone, and why should they have to?
Warning:  Don't listen to the audio like I did-though it is flawless-you will regret not being able to dog-ear, highlight and underline many of the wonderful lines!

But I need to know, are kids enjoying this book?? 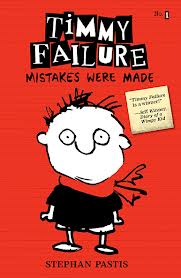 Timmy Failure thinks himself to be a topnotch detective that is destined to run a multi-billion dollar detective agency.  The irony here is that Timmy does live up to his name, no matter how much he tries to assure readers he isn't a failure, by missing the blatantly obvious answers to all his cases.
When Timmy borrows his mother's Segway and loses it, he is determined to get it back before he's really in for it.  The cast of characters are fairly flat, but there are many sophisticated words used throughout the book.  I found it strange that the author chose to use obscure songs, historical references and old book titles as names of his chapters, since the average kid reader wouldn't pick up on what they were referring to.
The ending was sweet, though poor Timmy misses out on that sweetness, he just isn't too sharp.  Set in a Wimpy Kid format this will certainly appeal to kids!

Oh, and I should mention, there are some lines that caught me just right, Timmy's voice is laugh out loud (or at least a little nose snort self laugh) funny:

"I should say a word about the Failuremobile.  It's not actually called a Failuremobile.  It's called a Segway.  And it belongs to my mother...And she has set forth some restrictions on when and how I can use it.  (NEVER.  EVER.  EVER.)  I thought that was vague.  So I use it.  So far, she hasn't objected.  Mostly because she doesn't know."  pg. 7 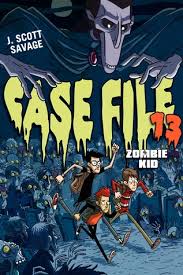 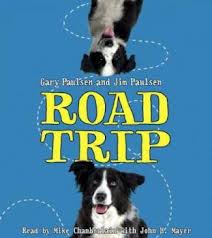 On the fence about this one right now... 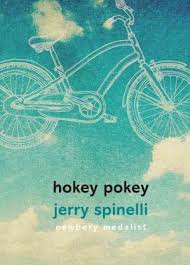 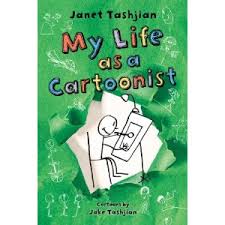