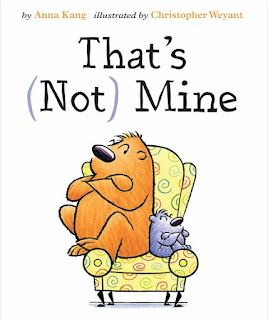 I'm thrilled to be sharing That's (Not) Mine with readers today! Husband and wife team Christopher Weyant (illustrator) and Anna Kang (author) have collaborated again to bring us characters you first met in You Are (Not) Small-which won the Theodore Seuss Geisel Award! 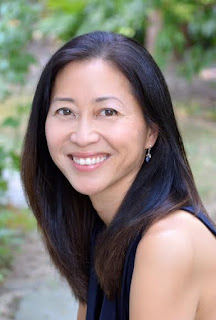 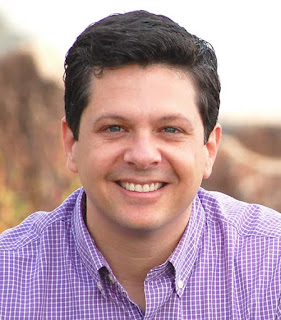 Here's what I wanted to ask the duo (enjoy!):

First off Anna and Christopher, congratulations on the success of You Are (Not) Small. I know that was an important story for you to write, Anna, with some important personal connections. I am sitting here looking at the (very expressive) cover of That’s (Not) Mine and I just have to know, do you two have trouble sharing things?!

Anna: Thank you for your kind words! Yes, as with You Are (Not) Small, the idea for That’s (Not) Mine came from my childhood, specifically, growing up with a brother with whom I learned to share, or not share. Truth be told, my brother was a much better sharer than I was, but fortunately for Chris, I’ve matured since then and I’m much better at it now. As a couple, I think Chris and I share pretty well, considering that we share the responsibilities of taking care of our children and household, our workspace, and our book projects. Of course, there are definitely moments when sharing is really a challenge, but having a sense of humor helps. A lot.

Chris: When I was a child, my older brother and I were so terrible at sharing that my parents would mark everything with our initials to clearly mark which toys belonged to whom. We had a coveted set of wooden blocks—in the corner of each piece, written in blue pen, were either the initials, “C” for Chris or “G” for Glenn. One day, I noticed that all of the really important pieces were gone and I discovered that my brother had found my father’s pen and turned my “C’s” into “G’s!” Luckily, Anna and I don’t have to use this system as we share much better than I did with my brother. Plus, it’s much harder to turn a “C” into an “A.”

Every parent and teacher that reads this story is going to have a major sense of deja vu. Ok, every person who was ever a child is going to have that sense. This is such a real point in the lives of young people! This time when we want to stake claim to something, anything, to show that we are here and we matter. What power do you see in the pages of your book? How do you hope and imagine young readers reacting to your story?

Anna: I hope young readers identify with the characters and the story and see that sharing is difficult for everyone, even between friends. As you said, children naturally stake claim to things that help define them. But first and foremost, I hope they will enjoy the story and illustrations and laugh, because I believe that if kids are drawn to a book, they will want to have it read to them repeatedly, and then try to read it independently.

Chris: Conflict is such a big part of growing up (and being a grown-up, as well!). I enjoyed how Anna created a story that allows our characters to fight, work their way through the conflict, and come out on the other side as friends. The chair is just a thing, and it’s the friendship that matters in the end. I think that’s an important message which I hope readers take away with them.

I think it is special that author and illustrator are working collaboratively, what is that like for you both?

Anna: Chris and I have known each other for twenty years, so we understand each other’s sensibilities and perspective and try to give constructive criticism within that context, which helps a lot. Of course, as I said before, sometimes sharing (ideas, opinions, criticism, etc., along with everything else) can be really challenging, so having a sense of humor always helps. Also, I try to keep in mind what our purple and orange guys are teaching us: everyone has their own valid perspective, even if you don’t agree with it.

Chris: It’s by far the most collaborative project that I’ve ever been a part of and I’ve learned so much from it. Anna and I discuss every aspect of the book—the illustrations, the character creation, story, message, humor, color, etc. Amazingly, we have been able to provide input into each other’s side of things and yet preserve our own voice, too. For me, it makes a much stronger book and I feel lucky that I get to have Anna as my creative partner.

Thank you so much for stopping by Bluestocking Thinking! I look forward to spreading the book love for That’s (Not) Mine!

From the publisher:
Husband-and-wife team Anna Kang and Christopher Weyant are the creators of You Are (Not) Small, which won the Theodor Seuss Geisel Award and was named a Notable Children’s Book by the American Library Association. They live in New Jersey with their two daughters, Kate and Lily, a guinea pig named Athena, and a hermit crab named Olaf.

Anna, a native New Yorker, grew up believing everything was hers until one day she realized it was her brother’s, too. She received a master’s degree in fine arts from the USC School of Cinematic Arts, where the visual storyteller in her was awakened, forever changing the way she saw art, life, and everything in between. In addition to writing, Anna loves to read, travel, laugh, eat, and nap. Visit her online at www.annakang.com.

Christopher is a cartoonist and illustrator. His work can regularly be seen in the New Yorker. His cartoons are syndicated worldwide and have been featured on the Today Show, Meet the Press, and World News Tonight. Christopher likes to share everything but his personal space on the subway. Visit him online at www.christopherweyant.com.
Twitter: @annakang27     @chrisweyant05

For more information, and to download a free curriculum guide, visit: www.amazon.com/thatsnotmine orhttp://www.annakang.com/tnm-internal-page.

Want a copy?! Enter to win a copy of That's (Not) Mine and an adorable full-color poster! Entries must be received by Sunday, September 13th.


Thanks for stopping by! 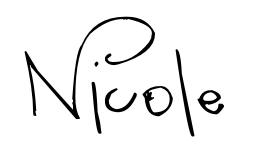 Labels: That's (Not) Mine by Anna Kang and Christopher Weyant